A local's guide to Jodhpur 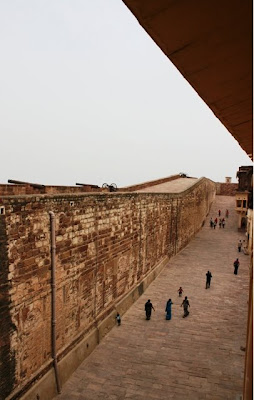 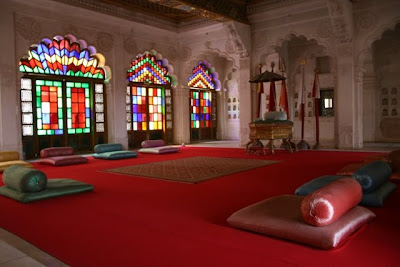 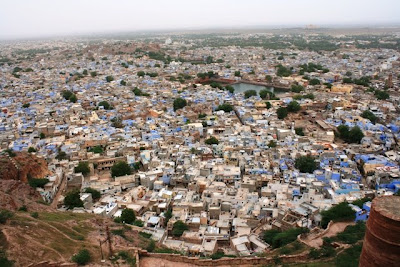 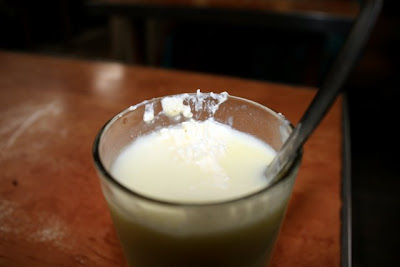 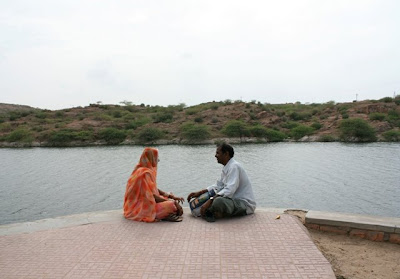 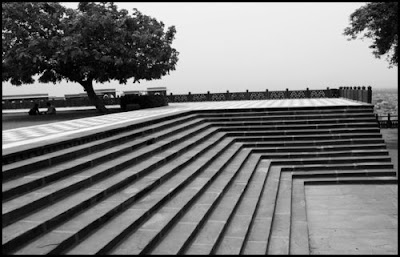 Born and brought up in Mumbai, my roots lie in Jodhpur, Rajasthan. As a child, most of my summer vacations were spent here, but as I grew up the visits became infrequent. My recent visit was after a five-year hiatus. In the midst of these years, when I became a writer, I was often asked my colleagues and friends about things to see or where to eat authentic Rajasthani food in Jodhpur. It felt odd to list down places in a city that was more like home for me and I realised how I’d taken it for granted.

A sudden urge to rediscover my homeland drove me to explore Jodhpur like never before. As I headed to my house in Jodhpur from the station, I opened my eyes to the unnoticed beauty that lay around me; the usual cows strolling on the roads, the white-washed homes, the shimmering red laterite stone buildings, the enticing aroma of freshly prepared kachoris (deep fried small fluffed bread of wheat flour.), bandhini saris in vivid hues adorning street shops and most of all people driving on their own will, cutting lanes, going in opposite directions on the wrong side of the roads, and surprisingly no one seemed to care enough to object! Although the city lacked adequate traffic signals, a pleasant surprise came in the form of a traffic policewoman, daring to do what is commonly a man’s job in a city as orthodox as Jodhpur.

As I set out to explore my native town, I not only visited the typical tourist spots, but also places my family visited frequently and that can’t be found in guidebooks.

Mehrangarh Fort
Tourist or no tourist, the Mehrangarh Fort, also called citadel of the sun, is a must visit for all. The sheer size of this colossal fortress, ancient architecture, quaint stairways, narrow archways and intricately carved windows give you the feel of walking in time, in an era gone by. Spread over 12 floors, the fort also houses a museum that narrates the story of Jodhpur’s glorious past. Stunning period rooms such as the Phul Mahal and Moti Mahal have been retained in the fort. The museum in the fort showcases a unique variety of antique palanquins, elephant howdahs, weapons like canons, swords, daggers, knives, spears, guns, war armour, decorative cradles, cosmetic chests with items made from ivory, miniature paintings and turbans. You can also enjoy a panoramic view of the famous indigo-tinted homes that give Jodhpur the title of ‘blue city’ from the highest floor in the fort.

Jaswant Thada
Built in translucent marble that shimmers in sunlight, Jaswant Thada is the resting place of the former Maharajas of Jodhpur. The word thada literally means cremation ground and Maharaj Jaswant Singh’s wife laid the foundation of Jaswant Thada after her husband’s death. The temple inside the premises contains the remains of the entire dynasty of kings that followed after Maharaj Rao Sihaji, while the cenotaphs of their sons and guardians are placed outside the temple. This place not only has historic relevance, but it also emanates calm and peace. Situated far above atop a hill, it houses a garden that is ideal for people to come and sit in silence while reliving the past.

Kailana Lake
Cradled in a desert land, the last thing you expect in Jodhpur is a water body. Kailana Lake is a serene stretch of water surrounded by a jagged terrain hidden from the main city making it a quick getaway to sit and relax as time passes you by. Boating is a common activity here.

Things to eat
Rajasthan is known for its grandeur; everything here is done on a grand scale, and hospitality holds the top position. The food here is endowed with richness in quality and taste. So if you’re in Jodhpur, you better not miss the lip-smacking makhanya lassi (lassi topped with a large spoon of rabdi). The best place to savour makhanya lassi is at Mishrilals located in Ghantaghar (clock tower), for Rs 15 only. The thick, rich lassi served with a generous helping of rabdi—freshly made every day with pure cow’s milk extracted the traditional way—can make a sufficient meal for many.

The mirchi vada is another scrumptious delight, only found in Jodhpur. Made with an unusually large chilli (the seeds are removed) dipped in a batter of gram flour and deep fried to perfection, the mirchi vada is a popular tea-time snack here. Chaudhary’s in Sardarpura offer the best mirchi vadas in the city and they cost a measly Rs 5 per piece; all the more reason to gorge on them!

Whenever I missed my home town, I’d always ask anyone visiting it to being back the delicious kachoris. Khatri Misthan at Jaljok Chauraha (Rs 8 per piece) makes the most perfect pyaz ki kachori. The flawless crisp and just the right amount of spiciness in the onion filling, I could eat almost three at one go! And if I wanted something sweet, I’d ask for the mava kachori from Rawat’s in Ghantaghar (Rs 12 per piece) made with a delicious filling of khoya, cardamom, nutmeg and sugar, dipped in sugar syrup, or the yummy gulab jamuns from Chaturbhuj, Pungalpada, Sarafa bazaar (Rs 110-150 per kg) that can last for almost one month in the fridge.

Shopping galore
Rajasthan is known for its colourful traditional garments, especially for its bandhni, lehariya and block prints. Aanchal saris at Sojati Gate has an array of bandhni and lehariya salwar kameez’ and saris to choose from at very reasonable rates. It even has a unique collection of colourful turbans for the men. In Ghantaghar, you will find several shops selling various block print patterns on kurtas and salwar kameez’. You can also buy lac earrings in Ghantaghar.

Hey I love all the pictures on your blog, do you take them yourself? Also, can you tell me what sort of budget I'm looking at if Im travelling Mumbai - Rajasthan and have only a week. What are the places I should see

Yes, I click most of the pictures myself. Your budget will essentially depend on how much of Rajasthan you want to cover and what level of accommodation you would prefer. The more places within the state you intend to cover, the more the budget will increase. However, there are several transport options that can keep your budget to a minimum. As for which places to visit, Jodhpur, Jaipur and Pushkar are places I've visited and would certainly recommend.

Oh how fun to play Tourist in such a wonderful city! I love walking through those gorgeous neighborhoods and seeing all the amazing houses.

Yes, and it feels so nice to see your own city in a different light :)

Ruchika
Are the places you mention in Jodhpur for mirchi badas and kachoris still the best? I see you've written your post in 2009

@Anurag: I still go to the places I have mentioned because I think they taste better. Janta Sweets is not bad either.

Thanks For showing Some Exotic and Amazing Content on Jodhpuri Traditional.