Mumbai - a dash of nostalgia

Mumbai, the city of dreams, boasts of innumerable architectural delights such as the Gateway of India. Come along with me as I take you on a pictorial journey of some of Mumbai’s most memorable landmarks.

The Gateway of India
The most well-known landmark of the city—the Gateway of India—was built in 1911 to commemorate the visit of King George V and his wife Queen Mary. Designed by George Wittet, it was built mainly in Indo-Sarcenic architectural style with elements of 16th century Gujarati architecture. Built from yellow basalt, the Gateway has steps behind it leading to the waterfront. From here you can take ferry rides to places such as Elephanta Caves, Alibaug, et cetera. 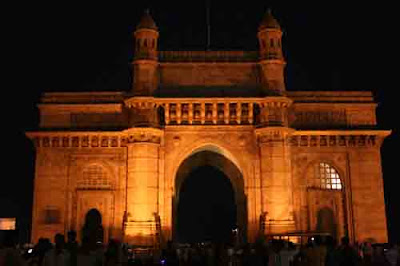 Asiatic Library
One of the oldest libraries in Mumbai, the Asiatic Society of Mumbai was established in 1804 by Sir James Mackintosh. It houses about 25-30,000 rare collections of books with an annual membership fee that range from Rs. 1,000 to Rs. 15,000. This library has a dust free, air-conditioned laboratory to store books, which was built in 1991, whose purpose is to conserve old books. 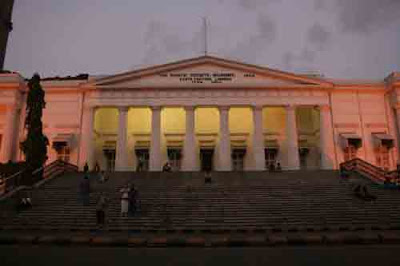 Chatrapati Shivaji Terminus
Victoria Terminus, Mumbai’s oldest railway station, was christened CST in 1996 after the Maratha warrior Shivaji. This Gothic style structure was designed by F.W. Stevens, and was named in honour of the reigning Queen Victoria on Jubilee Day, 1887. The old building has exquisite ornamentation on the façade, beautifully executed panels and friezes adorning the walls, loggias, buttresses, arches and windows. 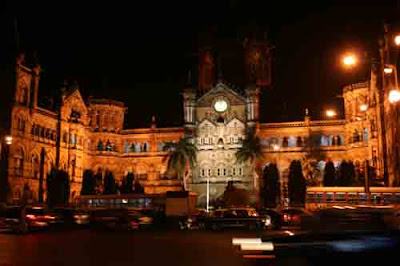 Rajabhai Clock Tower
Modelled on the Big Ben in London, the 280-ft high Rajabai Clock Tower was designed by Sir George Gilbert Scott, a British architect, and funded by Premchand Roychand, a banker and philanthropist, who named it after his mother. The Tower has a spiral staircase, which it is said, was closed to visitors since it had served as a suicide point for several people. In the olden days, it used to play tunes like Rule Britannia and God Save the King among the 16 tunes that changed four times a day. 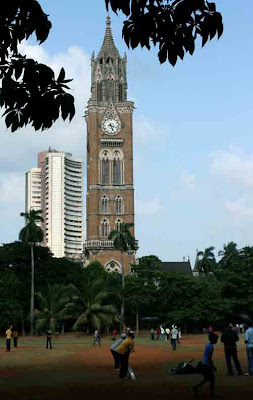 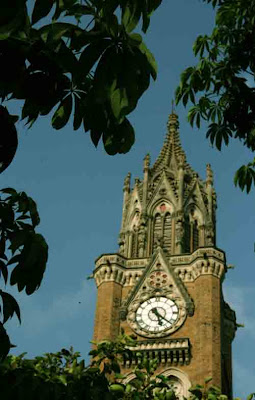 The Taj Mahal Palace Hotel
With an indomitable presence, the Taj Mahal Hotel is not only an architectural delight, but it also serves as a symbol of resilience after enduring the 2008 terrorist attacks. Having hosted esteemed guests like Barack Obama and The Beatles, this hotel boasts of onyx columns, graceful archways and crystal chandeliers and bears Moorish, Oriental and Florentine architectural influences. 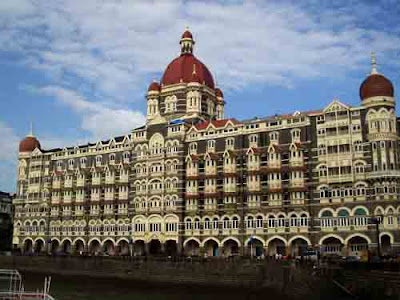 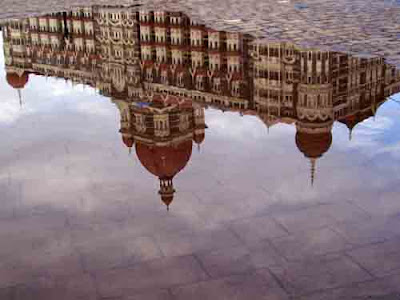 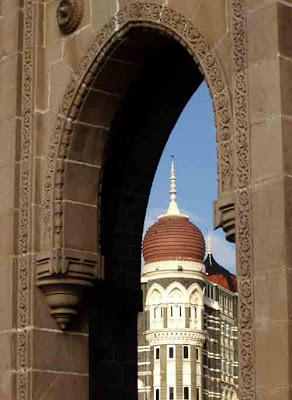