Three travel books that will urge you to travel

Most travel writing focuses on the beauty and goodness of destinations. But once in while you’ll find writing that look beyond the obvious; writing that has you itching to discover the ‘other’ side. Here are some such books by writers who changed the way I see travel, and will hopefully do the same for you

Falling Off The Map: Some lonely places of the world by Pico Iyer—Truth in travel
A celebrated British-born Indian novelist and writer, Pico Iyer truly loves everything that has to do with travel. Millions of people enjoy travelling, but seldom do they visit places like Cuba, Paraguay, Iceland or North Korea with the same intrigue as for London or Paris. When you read his travel accounts about these ‘lonely places’, you get the feeling that he genuinely loves the places he visits and the people he meets, and doesn't see them as part of a journalistic assignment he ‘has’ to get through. He accepts them for what they are. With impeccable research and detailed observations, his writing is simple and brutally honest; devoid of frills and flowery descriptions. His exceptional findings not only pursue your interest, but make you laugh too, such as, “There was no beer in Iceland in 1987, and no television on Thursdays,” or “The Vietnamese government decided to make 1990 the ‘Year of Tourism’, while simultaneously deciding to tear down all the hotels in order to remodel them.” What’s interesting about his accounts is that neither does it instantly incite you to visit the country, nor dismiss it completely; it raises a sense of curiosity, making you want to experience for yourself the absurdity and inherent loneliness it bears. 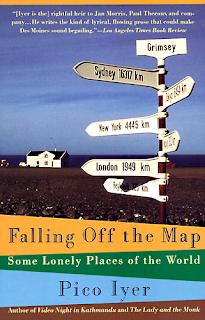 A Walk In The Woods by Bill Bryson—Humour at its best
People who know Bill Bryson are sure to question why I chose to write about A Walk In The Woods as opposed to some of his more popular works, such as Neither Here Nor There (his travels in Europe). As it turns out, this novel was my first encounter with Bryson. The book is an account of his attempt to walk the Appalachian Trail (AT)—the third longest nature trail in USA—with his friend, Stephen Katz. It won’t take you long to get hooked on to his unabashed sense of humour. He is so supremely entertaining that he doesn’t even spare himself in the bargain. For example, he describes one of the many reasons he longed to walk the AT’s 2,100 miles as: "It would get me fit, after years of waddlesome sloth." His satiric wit literally makes you laugh out loud. Not only has he thoroughly researched the history and making of the AT, he records his misadventures engagingly with insight; while simultaneously making a request for the conservation of the forests and animals. He displays an easy and smooth balance of the complexities of humour with the subtleties of informative details. 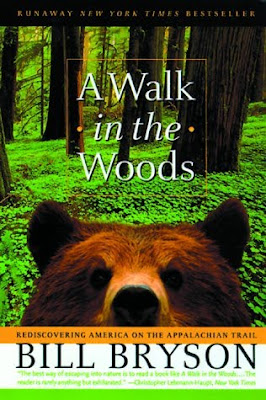 On The Road by Jack Kerouac—Inspirational
Undoubtedly, one of the most inspiring novels to ever be written, Jack Kerouac’s On The Road has impacted people (and continues to do so) since the 1950s, when the book was first published. An autobiographical novel, it is based on the impromptu road trips that he took with Neal Cassidy, and his other friends across mid-century America. It recounts a bohemian odyssey that not only influenced writing in the years to come, but penetrated into the strongest realms of American thought and culture. His writing is so moving that it taps into the deepest depths of the heart that yearns to taste the air of infinite freedom, which can only be discovered by quenching the desire of not only seeing the world, but feeling it. It somewhere incites that indescribable exhilaration you feel when you set foot on unknown territory, where you’re completely clueless about the routes that lay ahead of you, the language that is spoken here or the kind of people you’ll meet on the way. This is when you realise where the book has taken you. Music legend Bob Dylan beautifully describes this novel’s impact on him, “It changed my life, like it changed everyone else's." 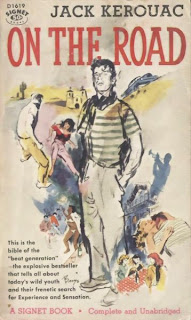 Email ThisBlogThis!Share to TwitterShare to FacebookShare to Pinterest
Labels: A Walk In The Woods, best travel books, Bill Bryson, Falling Off The Map, Jack Kerouac, On The Road, Pico Iyer, Ruchika Vyas, travel books that will make you want to travel, Traveller Stories

Hey Ruchika,
great compilation. I have read Pico Iyer, but not the others. I'll buy them soon. Other travel writers i like include Paul Theroux and William Darylymple and VS Naipaul's India: A million mutinies.
take care
ciao:)

You must catch Iyer's book! And suggest some books by these writers please; I haven't read much of their work and would like to. I do have Dalrymple's Age of Kali, but haven't gotten around it yet.

You will enjoy Age of Kali. Though for half a dozen of years Dalrymple's writing was what i looked for to read more and more but it was a pity to have known for so many years but not read Vikram seth, i loved his detailed sense and the timing-From
heaven Lake. Looking forward to read him more and more this year.

I would recommend Darylymple's 'City of Djinns', wonderful account of Delhi. 'Nine Lives' is more of a profile based travelogue, where Darylymple has profiled nine people from across the country and given a background of their culture, history and present.

If you are fond of train journeys, then Paul Theroux's 'The Great Railway Bazaar' is a must read. Also his 'Happy Isles of Oceania' is supposed to be a good read.

Will get Iyer, when i visit a bookstore or Flora Fountain next:P

Hi Ruchika,
My first time here. What a coincidence! I have also written about some books that I possess but I don't have these two. :(

Here is the link http://bit.ly/mtCs86

@Narayan and Nimish: Thanks so much for your recommendations :)

@Nisha: Welcome to my humble abode :) and I shall check yours as well. Do try and get your hands on these books, they are truly a traveller's delight.

I recently came across your blog and have been reading along. I thought I would leave my first comment. I don't know what to say except that I have enjoyed reading. Nice blog. I will keep visiting this blog very often.
very informative content and i enjoyed reading your blog keep it up.