Paris is often called “a filmmaker’s dream” where at every step is a readymade set. Hundreds of films made all over the world have been set in the City of Lights, such as Paris Je t'aime, From Paris With Love, 2 Days in Paris, Before Sunset and more recently, Midnight in Paris. So, I decided to take you on a ‘filmi’ photographic journey of Paris’ popular tourist spots. Let me know your thoughts.


Eiffel Tower
Five minutes after I got off the train at the Trocadero station, I saw this magnificent metal structure. Its sheer size is so intimidating, you can’t help but be mesmerised by its presence. The closer I got to the tower, it dawned on me how big a tourist attraction it is. Divided into three levels, it’s flooded with people waiting in endless queues, waiting for the elevators to get inside the tower. On the other hand, there were those who chose to take the stairs, I suppose, till Level One. My patience (that wore thin after waiting for two and half hours in the queue) took me only till Level Two, where the view was rather spectacular. However, the charm of the Eiffel Tower, for me, lies in gazing at it from afar. Irrespective, I wish I had made it to Level Three. Undoubtedly, the Eiffel Tower most definitely is a must-visit.
Click here for current admission fee.

Arc de Triomphe
The colossal Arc de Triomphe was built to commemorate the soldiers who fought and died for France in the French Revolutionary and the Napoleonic Wars. It is engraved with the names of all the generals who commanded French troops during Napoleon's regime and prominent French victories on the structure’s inner and outer surfaces, and beneath its vault lies the Tomb of the Unknown Soldier from World War I.
Visitors can walk up a spiral staircase for views of the Eiffel Tower, Champs-Elysées and the Sacré Coeur from the observatory, located at the top of the building. There is also a small museum that displays small and large models of the structure and recounts its story from the time of its construction.
Admission fee: €9.50 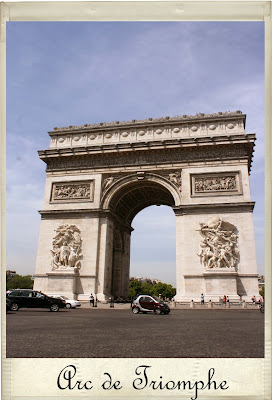 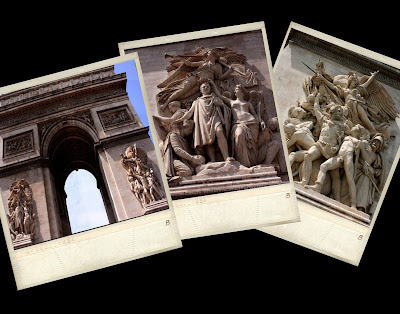 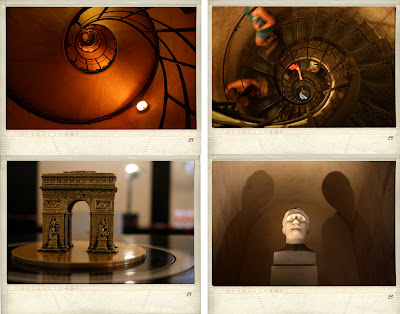 Montmartre
One of the most interesting neighbourhoods in Paris, Montmartre has been home to many famous artists' studios, such as Vincent Van Gogh and Salvador Dali, as well as the backdrop of films like Amelie and Moulin Rouge. It is also where the Basilica of Sacre-Coeur is located, atop a hill. This quaint area is replete with an intriguing fusion of street artists, boulangeries and of course, the Moulin Rouge (that roughly translates 'red mill'). 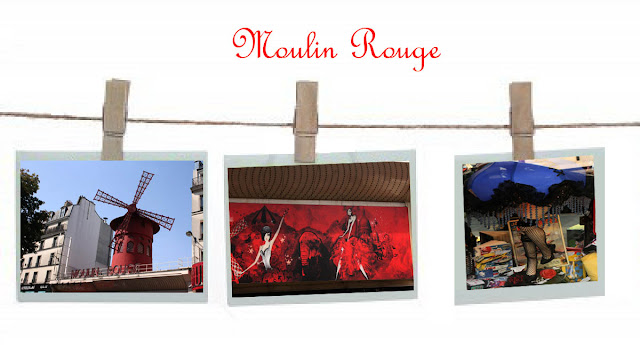 Cruising on River Seine
A cruise is a laid-back, relaxing way of sightseeing. There are tons of companies offering different types of cruises on the River Seine. You can pick from open-air boats with casual seating to glass-covered ones that you can club with an extravagant dinner and cocktails.The usual hour-long cruises take you on a scenic route that pans over the city's prominent historical and architectural landmarks, such as the Eiffel Tower and Notre Dame Cathedral. I took an open-air boat, as I wanted to ensure zero obstruction, which however wasn't possible thanks to an over-enthusiastic man who kept standing in front of me, blocking my view. (you can spot this man in image 3 in the film reel below)
The cruises ply from several points, like the Eiffel Tower and operate all year around.
Admission fee: €11

Ladurée
With doting fans like Blake Lively and Sofia Coppola, you can be sure that Ladurée certainly creates some of the best macarons in the world. And being a crazy dessert lover, I just HAD to try them.
I happen to stumble upon the store, and what happened next is something I’m going to deny if ever asked again. Like a giggly school girl, I stood staring at the store with stars in my eyes and greed dripping down like drool. I couldn’t wait to get inside get my hands on that macaron tower on the display counter. But I can proudly say; I almost behaved myself. Just that I got a tad lost while making a selection and invited some nasty scowls from other customers. But it was a small price to pay :) My favourite was this black macaron with liquorice filling.
Cost of a small macaron: €1.65 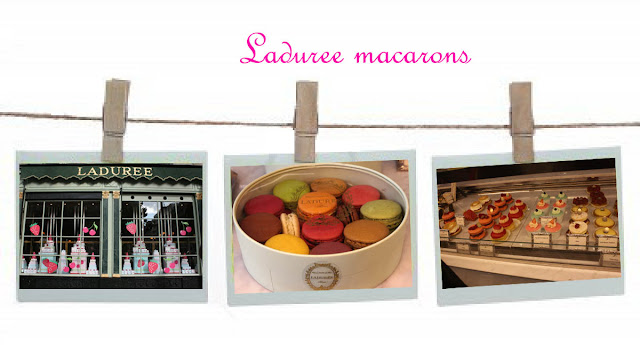 Jean-Paul-Hevin
Following a suggestion made by Emilie from TravelAvenue.com, I headed to Jean-Paul-Hevin to try their chocolates on my last day in Paris. Here are a few glimpses of their lip-smacking range of chocolates and macarons. 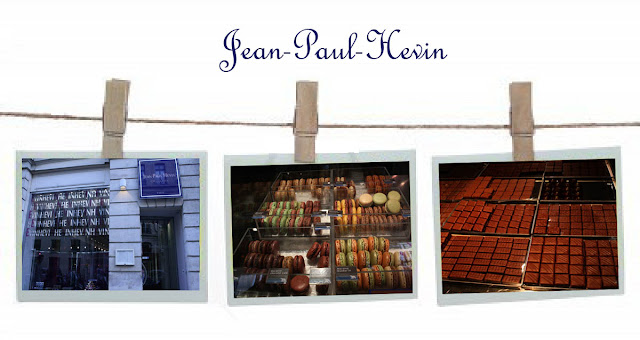 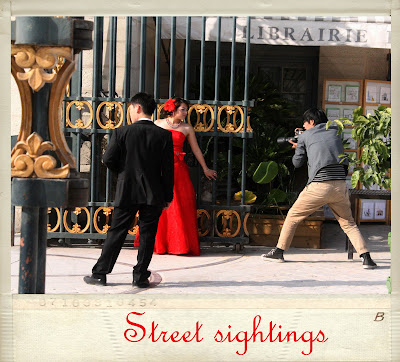 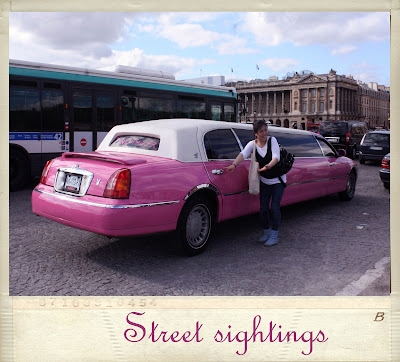 I wish I had more time to tick off all the places on my list of must-visit places in Paris, but who says I’m not going back!


COMING UP: A photo feature on the Louvre
Posted by Ruchika Vyas at 01:22

was eagerly waiting for the Paris post as this is one of the cities i dream of visiting one day. Yeah i am a Francophile that way:P I was hoping that you'd have covered Montmarte and was glad to see postcards from there;) this is one of the prime reasons why i am so fascinated by Paris and ofcourse the 27 times that i have seen Amelie, has made me draw up a Montmarte itinerary for whenever i visit it;)
Paris is indeed to cinematic, be it Amelie's Montmarte, the suburbs shown in District 13, the walks along the Seine in Before Sunset and the romanticisation in Midnight in Paris. always a pleasure to see it in films and read travelogues on it. Also Henri Cartier Bresson - one of my photography idols came from this city;) i just love the idea of such an art-loving city!
i really liked the way you presented the photographs in the film reel and polaroid formats:))

Thank you so much Nimish :) I'm glad we share a similar vision with regard to these postcards.