How to get noticed at the Golden Globes

This January, I was privy to the prestigious Golden Globe awards 2012. With the entire American film industry present at this grand award function in Hollywood, it is easy to be lost in a crowd. But do not worry, I am about to reveal a fool-proof 12-step programme—which is certainly not anonymous (and in no particular order)—that will secure your place among the über elite. 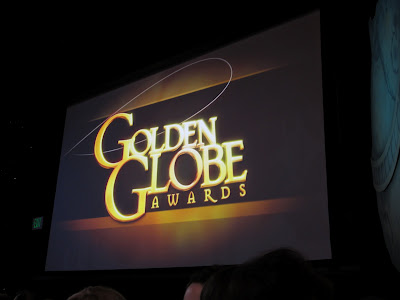 1) Wear at least 4-inch heels (higher will also do): With shoes so high you’re sure to feel on top of the world. But you know what they say about being at the top; you’re guaranteed to fall down. And when you do, you’ll need to be cradled in strong arms. See where I’m going with this?
Quick tip: I highly recommend you pick a good location to walk by, such as outside the Men’s Room.

2) Stare directly at a celebrity: So you’re walking around, gazing at the stars till you find one who shines the brightest. Stop. Stare. Keep staring with a star-struck expression or emulate a puppy dog, the celebrity will surely stare back at you, unable to resist your stare, I mean gaze. 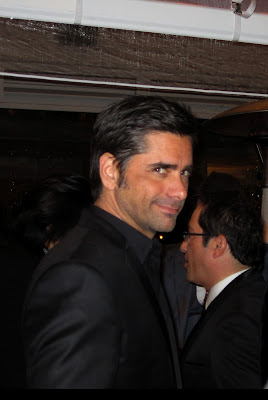 John Stamos (formerly seen in Full House). Told you it was a fool-proof programme.

3) Look ‘different’: Colour your hair with an in-your-face pink or green and I guarantee you’ll get noticed. Alternatively, you could also wear a dress with a string of really bright lights. 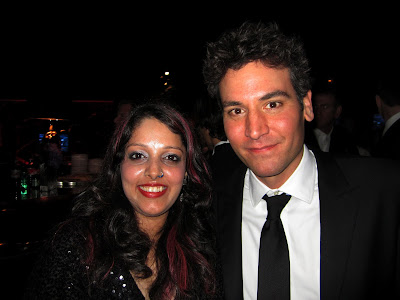 Have you met Ted? You can, if you got pink. (Josh Radnor from How I Met Your Mother)

4) Pretend to be dumb: Walk up to the celebrity’s table; then softly take one hand and lightly scratch your head (like a monkey), flutter your eyelashes at the speed of five flutters a second and say, “Oh gosh, I think I’m at the wrong table; I must have forgotten my seat.” Make sure to blush profusely. Add a little-girl-giggle too. Alternatively, you could also dye your hair blonde for added impact.

5) Talk in an accent: If there’s anything we’ve learned from Sofia Vergara (shame on you if you don’t know her as Gloria from popular TV series Modern Family) during this year’s Golden Globes, it is that speaking in an accent equals sexy. So speak loudly in an Indian accent and you’re sure to raise curiosity, urging people to find out who you are.
Quick tip: Show a little cleavage; it seems to help. 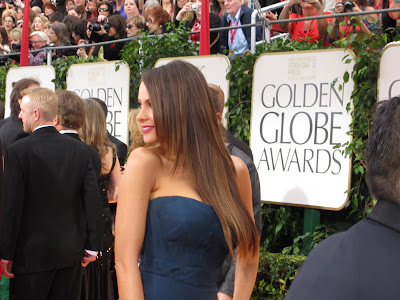 6) Make a celebrity drop a drink on you: Being a drama queen can really prove beneficial here. It is such a simple, yet brilliant idea. Just bump into a celebrity ‘by mistake’ and drop your drink on yourself. They will then apologise several times. When they do, show them how upset you are—devastated even—and how expensive your outfit is. They will then offer to pay for your outfit. In a nutshell, you will now be the proud owner of their personal phone number.

7) Go to the women’s restroom and be patient: Stay on in your stall even after doing your business and listen intently to all the conversations outside your stall. Then, use that intimate information to make friends with those celebrities. What to do if people knock on the stall door? Don’t fret. Get out and re-touch your makeup. You really need to start thinking for yourself you know.

8) Be a scene stealer: There’s nothing actors appreciate more than a good scene with impeccable acting skills. Scream loudly during the award ceremony (HINT: Like you just saw a ghost). The unexpected, yet attention-grabbing moment will allow you to gain instant recognition among Hollywood’s elite. Shed a tear or two; if you’re lucky, Leonardo DiCaprio may even come console you.
Quick tip: I suggest you practise several times before the big moment.

9) Be a damsel in distress: This is why blondes have all the fun. Now that you know the secret, learn to apply it well. Let me get you started:
a) Zip down your dress and then ask for help to close it up.
b) Pretend that you don’t know how to use your own camera; men love to show off their knowledge of technology.
c) Pull up your gown from your foot to your knee, as if you’re looking for something. Did you learn nothing from Angelina Jolie’s leg? 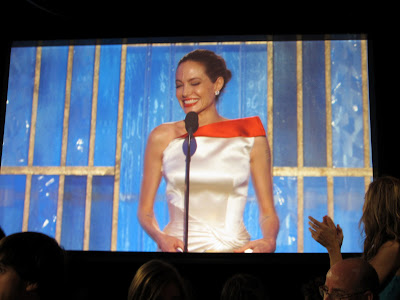 Do I really need to label this one?

10) If anyone asks who you are, say you’re an Indian movie actress: Walk like you own the place; swish your hair wildly, pose for the cameras and blow kisses at fans (so what if they don’t know you!). Most Americans don’t know Bollywood actresses beyond Aishwarya, Kareena and Mallika Sherawat, so they won’t know you, but they’ll think they ‘should’ know you. Soon enough, you’ll be talked about among all the attendees as they try to figure out who you are.
Quick tip: Remember, it is all about creating some mystery.

11) Insult a celebrity: If you REALLY want to be the talk of the town, then the quickest way is to insult a celebrity. Everyone, be it the film fraternity or the press, will want to know who is the woman who dared to raise her voice at one of their own. And BAM! You’re an instant celebrity. Eat your heart out Kim Kardashian. 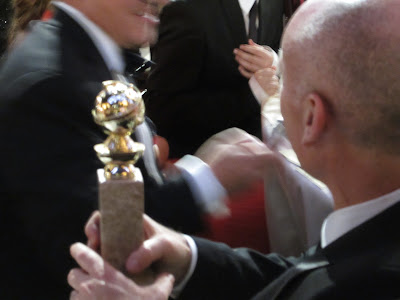 b) Fuel the uproar created when the organisers realise it is lost.
c) Then, magically find it and return it to the organisers.
d) You’re a hero; the one who saved the night from a disastrous situation. 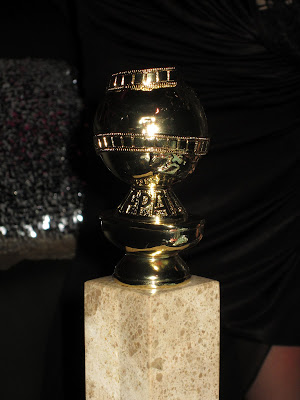 
Now all you need is an invite to a prestigious award function. How to get one? Keep following this blog...

Would be furiously jealous if I wasn't laughing... funny stuff!

Truly hilarious ... thanks for the laugh :)

It is good site to spent time on.I just stumbled upon your informative blog and wanted to say that I have really enjoyed reading your very well written blog posts. I will be your frequent visitor that is for sure.
Regards,
Top Travel Destinations

Wonder why I didn't see THIS one before! It's brilliant!!