Tips for first-time travellers to Mauritius 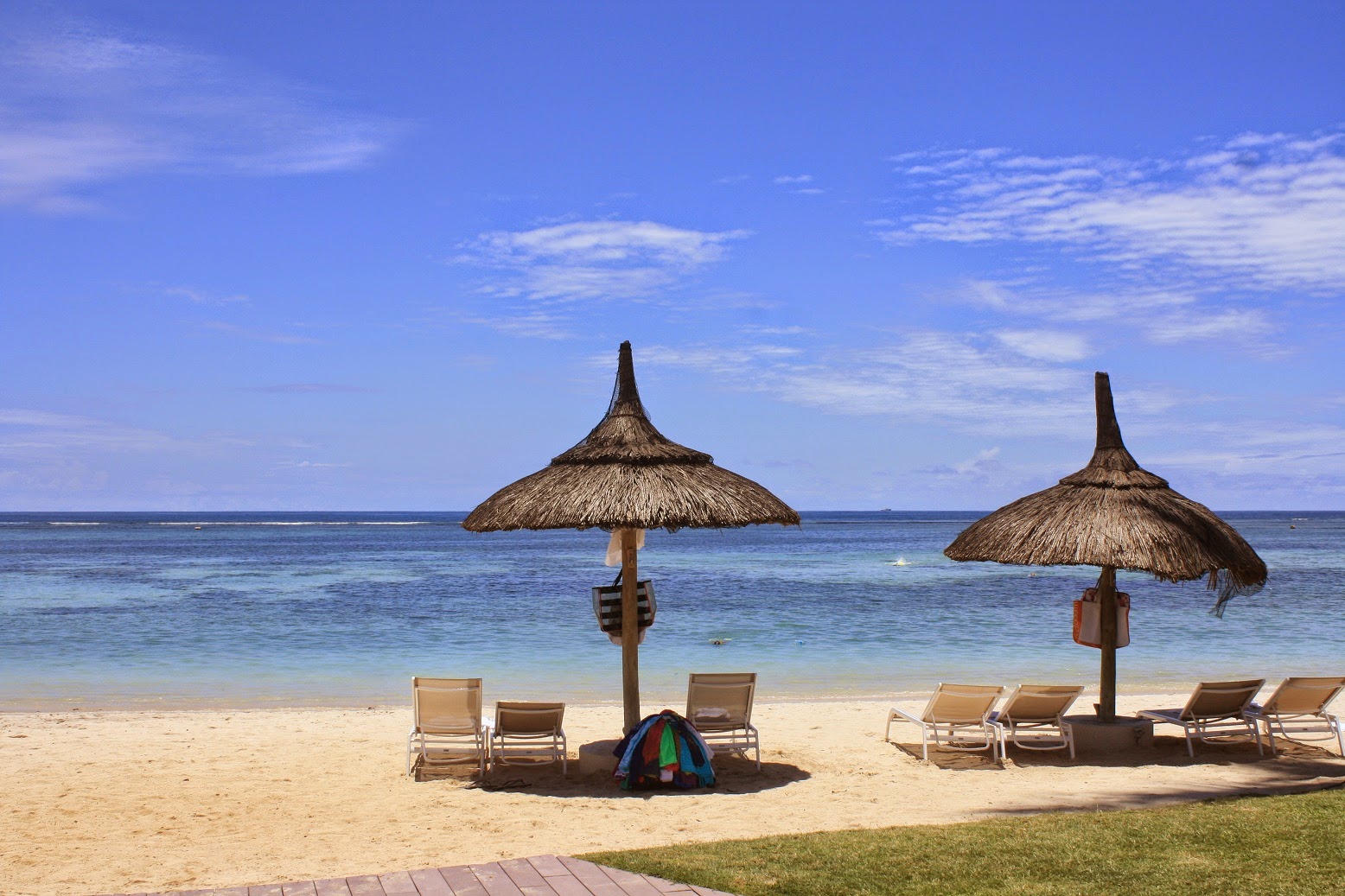 Each time I plan a new trip, I look for some basic information that will make it easier for me to navigate through the new destination. So here I have compile a few tips for those who are headed to Mauritius. Please feel free to add your questions and suggestions in the ‘Comments’ box below. I will do my best to answer any queries.

I recently wrote a piece on Thailand's Tiger Temple for Travel Wire Asia. Coincidentally, the temple was raided around the same time as it was suspected of wildlife trafficking. This piece was then published on Asian Correspondent's website as well. I have shared my experience and observations about this controversial tourist attraction. Please feel free to share your opinions too. 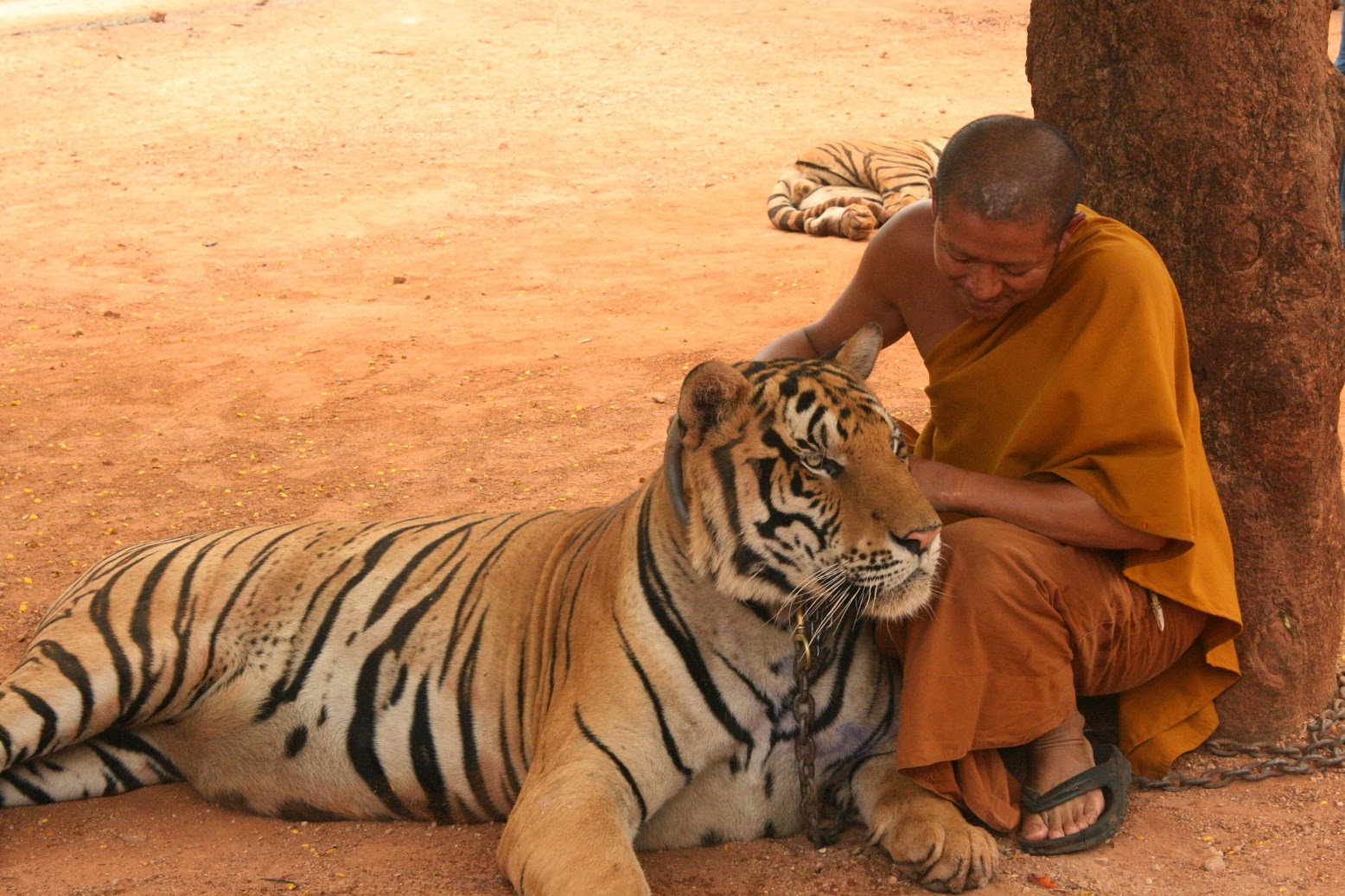 The tiger temple tour at Kanchanaburi, a few hours away from Bangkok, I was told was a popular tourist attraction. Which is barely a surprise seeing how obsessed the world is with selfies and being a popular figure on social media. I suppose a picture clicked cuddling with a tiger is sure to garner numerous ‘Facebook likes’. But the purpose of my visit was to find out what the tiger temple was really about. Known to be a monastery cum sanctuary, the tiger temple (also known as Wat Pha Luang Ta Bua) received its first cub in 1999 when it was rescued from poachers. That cub died soon after, but since then, many cubs have found a home here, while many have taken birth here as well. Until last year, there were said to be almost 122 tigers living here.

But the temple has been at the centre of controversy for several years. Rumours of the tigers being sedated, ill-treated and even being trafficked were doing the rounds of the online world. But I wanted to see it for myself.

Treatment of the tigers
After you have paid a hefty fee of THB500 to enter the premises, you sign a waiver essentially claiming that the temple will not be held responsible should you get mauled by a tiger. Once you leave your life in their hands, you are taken to an open area flanked by a few trees under which the tigers are seated. I was saddened to see that the animals were chained to the ground. If the temple claims to provide these animals with a sanctuary where they can roam freely, why put the animals on chains? I thought it was possible that they were chained to protect the tourists (not that it justifies it), but that was not the case. The tigers were chained in the ‘Tiger Canyon’ as well—an area where they can roam freely. The tigers also appeared to be sedated as most of them were lying about without much movement. When asked as to why they were so inactive, we were told they had just eaten lunch. 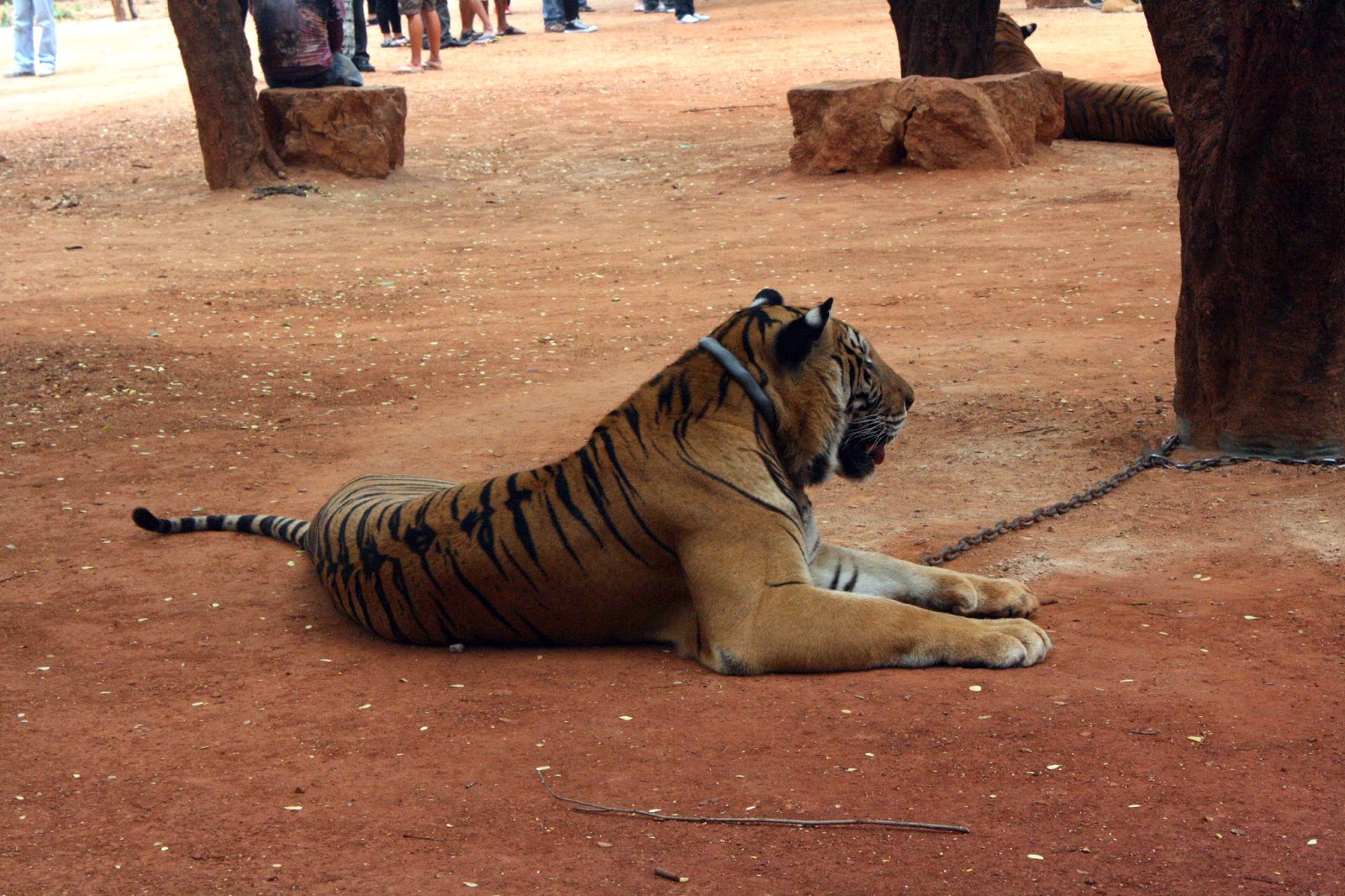 What was worse is how they were treated by the staff. Many of the staff members were pulling the tiger’s tail or hitting them hard with their hands and sometimes with sticks. Some were even found sitting on the tigers like they were a stool. All this just to ensure that tourists get the photo op they have paid for (there is a separate fee to pose sitting on the tiger’s back and feeding a cub through a milk bottle). If the temple’s goal is conservation of these animals, how is hitting them and forcing them into posing for photos with humans helping? It appears the animals are treated like circus clowns to appease the crowd that pays to see them perform.

Later a monk walked by with a tiger on a leash and asked the tourists to form a line and walk with him holding the tiger’s leash till the ‘Tiger Canyon’. At the canyon one of the staff members explains how they take care of the tigers and then urges us to come into the canyon for more photo ops. This of course has an additional cost attached.

The goal of the temple
The temple claims that all donations made are used for the conservation and breeding of these animals so that some day they can return to the wild and live in their natural habitat. In that case, how does it help them to interact with humans in this manner? Keeping the animals in captivity will only add to their aggression and their desire to lash out at those who cause them harm. And if such an incident occurs, one only blames the animal and not the one who caused him to lash out. 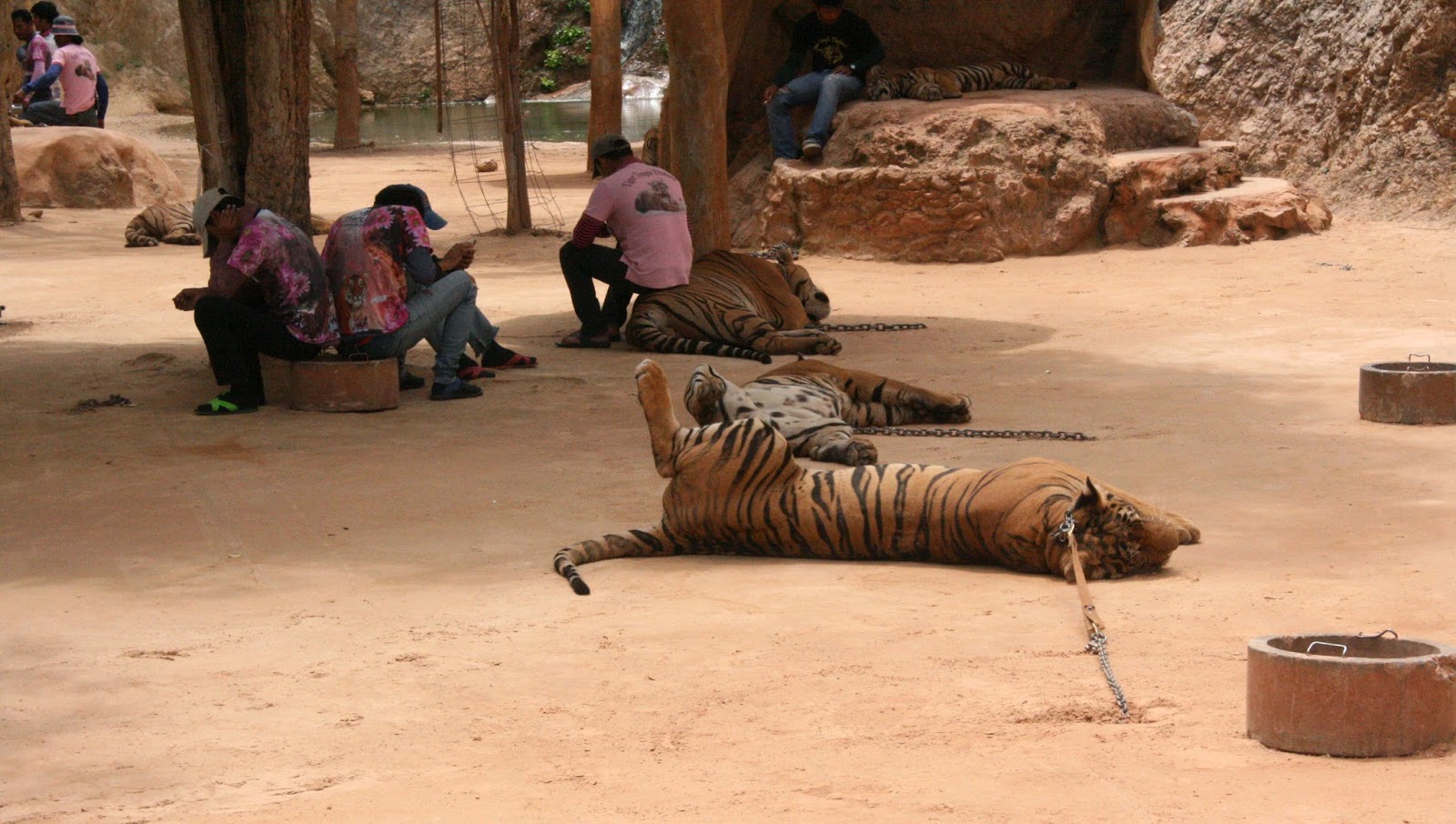 While I understand that conservation of animals is not easy without the required funds and so the temple is finding an alternate way to acquire money by promoting this as a tourist attraction. But I do believe that if they truly care about the welfare of the animals, then they would treat them humanely and not as show puppets to earn money.

Have you visited the tiger temple? Share your thoughts and observations below.
Posted by Ruchika Vyas at 11:00 No comments: