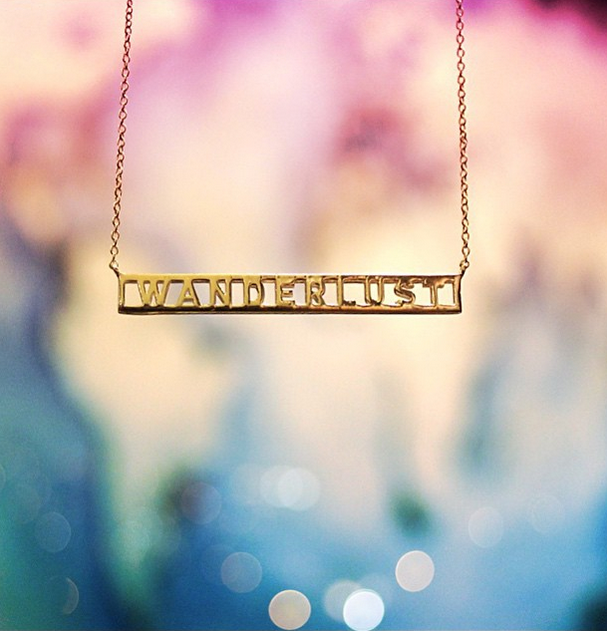 If you love accessorising and wearing jewellery as much as I do, you're going to want to buy these! Jewellery brand Jet Set Candy founded by travel enthusiast Nicole Parker King—ho herself has explored six continents and nearly 50 countries—creates a wide range of jewels representing different countries with designs that symbolise them. From the Australian surf board to the Italian scooter, these pieces truly capture the essence of each destination featured. The jewellery is made with sterling silver, 14k vermeil, or solid gold.
They even have a great collection on India, which you can see here. 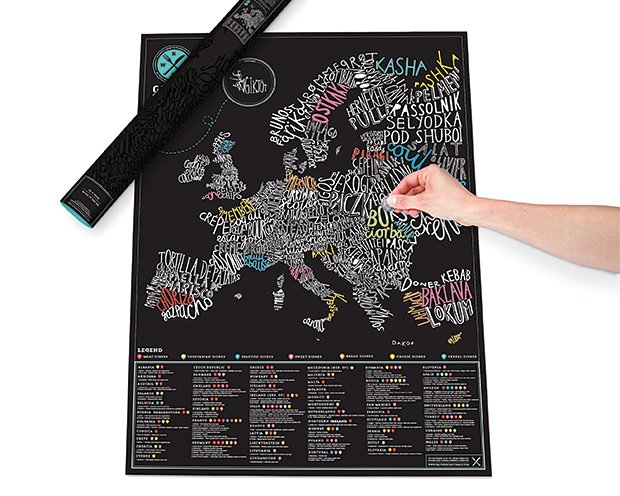 After adding the amazing Travel Scratch Map to my wish list, I chanced upon a similar map for foodies travelling across Europe. The striking black-coloured Gourmet Scratch Map allows you to scratch off some of Europe’s finest and weirdest foods. You can browse by colour and type of food you want to or are about to try. The numbers correspond to the dishes of different nations. More details on its website. The website also lists recipes of the dishes on the map.
Shop for it here. 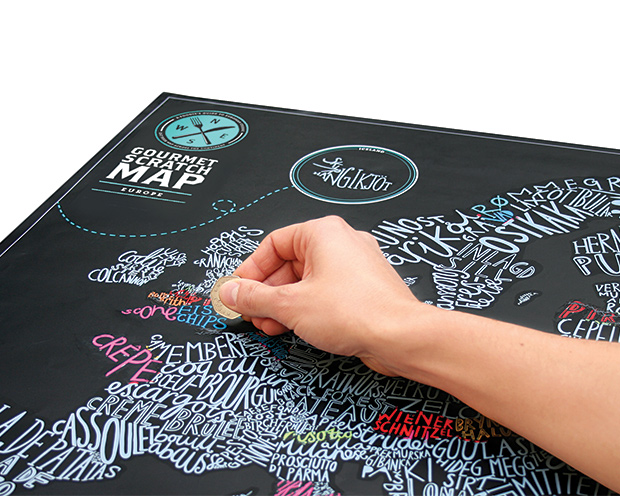 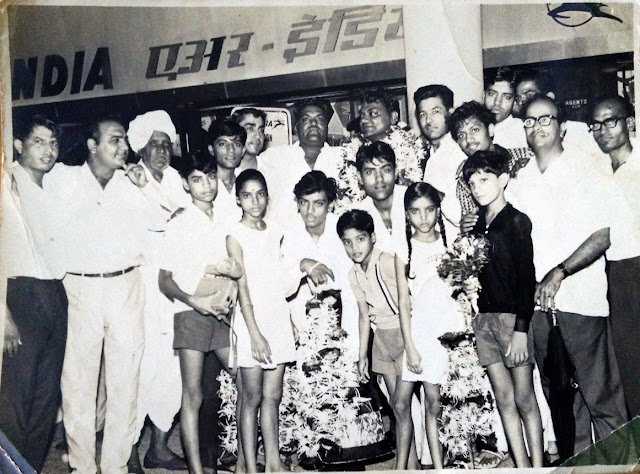 Recently, as I reached the airport to take a flight to Singapore, I noticed a large family crowding around a young guy, wishing him luck for his trip. I remembered a vintage photograph I had seen of my grandfather’s brother at the airport wearing a garland of flowers, and was surrounded by several family members who were all there to see him off on his maiden voyage on international shores. It reminded me of the sheer grandeur of a foreign trip back in the day. It was considered as an achievement of epic proportions; and anyone who was lucky enough to have an opportunity to travel abroad had truly ‘made’ it.

When I was little, going to the airport was like a trip in itself. Each time a relative was going or returning from a foreign country, my cousins and I would fight with each other for a spot in the car. It was a really exciting long ride to the airport. And many of them travelled at night, so it was even more exciting to be out at an ungodly hour. Once there, we’d wait outside—on occasion with garlands. Once he’d arrive, we would get to sit in the luggage carts atop the suitcases. And if we got really lucky, we would probably get to see the interior of the airport with the now almost defunct visitor’s pass. It seems so silly now, but it was among the most exciting things we looked forward to. simpler times really allowed us to savour the now seemingly inconsequential things.

We would them greet the ‘lucky one’ with hugs together with questions like “So, did you bring us anything?” Yes, all we really wanted were chocolates and gifts! The grand event would then transform into a photo opportunity with the huge family trying to fit in the frame. Of course, no one cared how disruptive we were to others who were arriving through the same gate; albeit without much fanfare. On the way back, we’d be regaled by stories of the places he visited and things he did, while we received exotic chocolates that were unavailable in India. It was so much fun!

It is sad that today going to the airport is no longer a family thing. Call a cab and that’s it. I get it though; there’s a lot of traffic, and parking is very expensive; especially in Mumbai. By now most of our family members have traversed the world, and most products that weren’t earlier available here back in the day are easily accessible now. Even till five years ago, my cousins and I would make a trip to the airport, park the car and enjoy a leisurely cup of coffee as we waited. Now we would lucky to just make it to the airport on time! And the with the crazy rush, that leisurely coffee has become a thing of the past.

I suppose I am saddened by the perils of today’s fast-paced life slowing destroying moments we used to look forward to with enthusiasm. But then again, we always find new things to be excited about. Like the next trip that will take us to the airport :)

Did you also look forward to driving to the airport back in the day? Or do you still feel the same excitement today? Do share your memories in the comments box below.
Posted by Ruchika Vyas at 11:30 8 comments: